By: Sylvia Lobato - Updated: 1 week ago

While property owners wait, Joergensen has yet to stand trial. He is slated for a review hearing at 11 a.m. Sept. 14 in Costilla County court. While he was bound over for trial after a lengthy preliminary hearing, his alleged behavior during that trial and subsequent hearings led to a decision that he was incompetent to be tried without treatment.

Joergensen is in custody facing 141 counts of first-degree arson, as well as a hold by Immigration and Customs Enforcement (ICE), since he is a Danish National with an expired Visa.

Retired 6th Judicial District Judge Gregory G. Lyman of Durango was set to determine the nature of charges against Joergensen.

Lyman is presiding since all of the 12th Judicial District judges recused themselves after it was learned that a fellow court employee lost a cabin in the fire.

There was no debate at the hearing whether Joergensen started a fire at his home, a fire that devastated parts of two counties. The question is whether someone can be charged with felonious first-degree arson if he intentionally started a small fire at his residence, a fire that eventually became the third largest wildfire in Colorado history.

Joergensen reportedly first told investigators he was burning some trash that spread to nearby bushes but changed his story to say he had cooked some meat in an underground burn pit, thought the fire was out, went to sleep in a camper and awakened to the smell of smoke. He lost his camper home as the fire progressed.

His dog, who was with him at the time of his arrest, reportedly has found a new forever home. 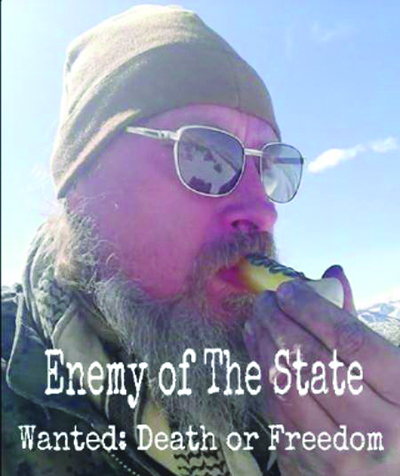 No comparison between COVID-19 and Spanish Flu

Steam through the Rockies in your own private rail car

We see you are enjoying our articles!

If you wish view the full all article, watch this short video or subscribe now for full access.

Subscribe Watch Video No, thanks! I will stick to the free stuff
Login